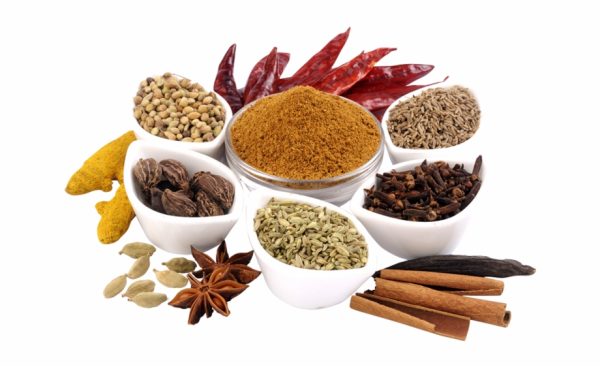 Spices and aromatics are the very heart of Indian cooking. They have been used since ancient times. They were mentioned in the ancient Hindu scriptures called the Vedas, ancient Egyptian papyruses and the Old Testament. Although it was not until the Roman conquests that western counties discovered their culinary possibilities, spices have always been believed to have healing and magical qualities. They have been used to cast spells, as incense in religious rites, to embalm corpses, to add aroma to perfumes and as aphrodisiacs. The word spice comes from Latin species, meaning a commodity of value and distinction. During their long and fascinating history, spices have often been more valuable than gold or precious stones, and the trade of spices has been an extraordinarily influential factor in history.
Many researchers have attempted to explain why hot spices are pleasant to taste. It seems the burning sensation is the pain of nerve endings on the tongue. This releases endorphins, the body’s natural painkillers, giving rise to pleasurable and even euphoric sensations.
Flowers, leaves, roots, bark, seeds and bulbs (the simplest of natural ingredients) are used in endless combinations to produce an infinite variety of flavors: sweet, sharp, hot, sour, spicy, aromatic, tart, mild, fragrant or pungent. Their tastes and aromas combine to create a kaleidoscope of exotic flavors to delight the plate. It is best to obtain spices in whole seed form and to grind them just prior to use.
Indian spices spices offer significant health benefits and contribute towards an individual’s healthy life. They add flavor and nutrients to dishes without fat or calories! 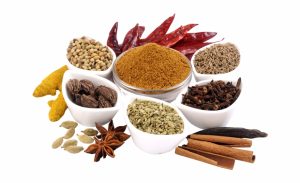